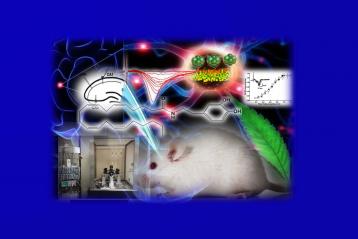 The central focus of Dr. Raj Balapal’s laboratory is to understand the function of endocannabinoid systems and epigenetics in synaptic plasticity and learning and memory disorders. While the main focus of the lab is on fetal alcohol spectrum disorder (FASD), our studies span many different drug (marijuana and synthetic cannabinoids or Spice) induced synaptic disorders.