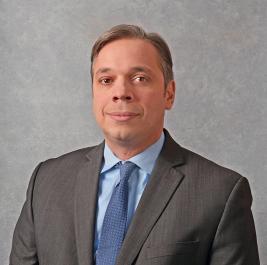 Michael P. Milham, MD, PhD, is an internationally recognized neuroscience researcher, a child and adolescent psychiatrist, and Director for the Center of Biomedical Imaging and Neuromodulation at the Nathan S. Kline Institute for Psychiatric Research. Dr. Milham is one of our nation's most prolific neuroimaging researchers, with over 120 articles published since 2005 and recognition as one of Thomson Reuters Highly Cited Researchers (top 1% for Neuroscience and Behavior) in 2014, 2015, and 2016. He was also the recipient of the Organization of Human Brain Mapping’s highly prestigious Wiley Young Investigator Award in 2014.

Dr. Milham's research interests include: refining resting state fMRI methodologies for neuroscientific and clinical applications; investigating how functional and structural connectivity in the brain may underlie differing forms of mental illness (e.g., ADHD, mood and anxiety disorders, and autism); and seeking to chart the course of brain development in clinical and non-clinical populations. In order to accomplish these goals, Dr. Milham has worked to advance a Big Data research agenda in the neuroimaging community, which focuses on open data sharing as a means of achieving the large-scale samples needed. In this regard, he co-founded the 1000 Functional Connectomes Project and founded its International Neuroimaging Data-sharing Initiative (INDI). These efforts have helped to bring major consortia to the community, including the ADHD 200, Autism Brain Imaging Data Exchange (ABIDE), and Consortium for Reliability and Reproducibility (CoRR). He is also the founding principal investigator for the Enhanced NKI Rockland Sample.