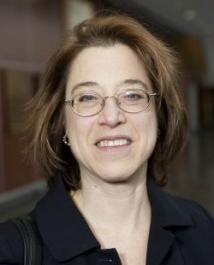 Dr. Scharfman’s primary research interests include the mechanisms underlying neuronal excitability and neuronal plasticity, neuroendocrinology, and neurogenesis. The emphasis of the laboratory is to understand the basic mechanisms of normal function in order to better address dysfunction -- i.e., in neurological disorders and psychiatric illness. An area of long-standing interest has been the hippocampus and adjacent brain regions, so there has been an emphasis on learning disorders, as well as epilepsy.

Dr. Scharfman has contributed broadly in basic and translational neuroscience. She has served on numerous advisory boards for national and international organizations, such as the American Epilepsy Society, the Epilepsy Foundation, Citizens United for Research on Epilepsy, and Parents Against Childhood Epilepsy. She has also served as a reviewer for NIH, NSF, and many international funding organizations. She has been continuously R01-funded by NIH since starting her laboratory. She has served on the editorial boards of Epilepsia and Epilepsy Research, and is currently on the editorial boards of Epilepsy and Behavior, Open Access Endocrinology, Frontiers in Neuroscience - Neurogenesis, Brain Structure & Function, and Epilepsy Research & Treatment, and reviews ad hoc for over 40 neuroscience journals. She was named the NYS Department of Health Employee of the Year in 2006 for establishing a research center at Helen Hayes Hospital to promote translational research. She has published over 100 articles and edited or co-edited 5 books.